Imran Ashraf, one of the most successful actors in Pakistan, and Sadia Khan, a stunningly beautiful actress and model are starring in a new song. The name of the song is Tera Deewana. One Two records have launched Tera Deewana Song. Soch The Band has sung this beautiful song. One Two Records also launched another song named Mitti Da Khidona. Bilal Khan has sung that song.

Now that Imran Ashraf is in the song, we can trust his acting skills. The song, Tera Deewana, is a sentimental song. It is filled with emotions of profound love that sees no obstacle in its way. There is intensity in sacrifices for love. The video of the song shows the moments of true love, a lovely story, sweetness, and everything that a love song requires.

The direction of the song is beautiful and relatable. The plot is realistic that shows a common couple from the real world. The video is shot in a local area. The music video is from the walled city of Lahore where the colorful streets create a unique vibe. There are scenes from the local bus as well. In short, everything about the song, Tera Deewana, is simply amazing. Bilal Saeed is the executive producer of this song. Adnan Kandhar directed the song. In the video, we can see the singers making their appearance side by side with the story. 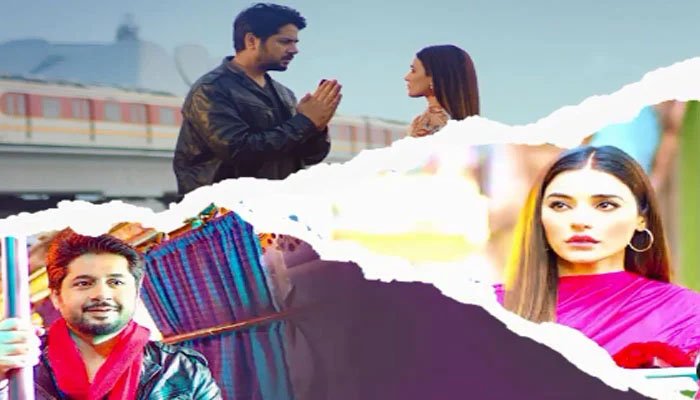 The vocals from the Soch Band touches the heart. The song begins with a romantic conversation between Imran Ashraf and Sadia Khan. But the song soon takes a turn towards intensity. The viewers can see both of them acting perfectly. The emotions of the actors perfectly complement the lyrics. The much anticipated, Imran Ashraf, famous for his appearance in Ranjha Ranjha Kardi and Sadia Khan for her performance in Khuda or Muhabbat is a perfect match for a music video. The son has made a total of 34000 views in the first 4 hours. hopefully, Tera Deewana will make it up to the trending songs in Pakistan.