THE ORIGINALS: 4 TIMES KLAUS WAS THE ANTI-HERO

To this day I would say that no one could have played Klaus better then Joseph Morgan in TVD or The Originals. He was so perfectly evil who was hated for his unpredictable actions, however Klaus also quickly became the anti-hero in TVD’s spin-off, The Originals and we couldn’t help but fall in love with him. By the way, here are a few top rated vampire shows on Netflix that you can still watch.

WHEN HE SACRIFICED HIMSELF FOR HIS FAMILY

The final season of The Originals was a tough one and with the Hollow there to take the world down, Kluas had no choice but to take it down by sacrificing himself so he could save his family from it’s impending evil.

Even though Klaus and Caroline do not officially end up as a couple in TVD or The Originals, however their feelings for each other crossover from one show to another. So when Klaus orders Tyler to bite Caroline since he is sired to him, and since the first hybrid’s blood can cure a werewolf bite, Klaus ends up saving the nutty Caroline out of love for her.

WHEN HE BATTLED THE “HOLLOW” TO SAVE HOPE WITH HIS FAMILY

When an ancient witch power called The Hollow possesses Hope and threatens to kill her, the Mikaelson family fights with all their power to get rid of it. Thus, coming to the conclusion that one of them has to posses the Hollow to save Hope. What happens then? They split the power of the Hollow with each one possessing it and split to keep it apart, just to save Hope

WHEN HE ADOPTED YOUNG MARCEL

Kluas felt like a father when he adopted a young Marcel from a slave master on the Plantation. So, his love for him was one of his weaknesses as well as strength.  He was always like family before their fall out. 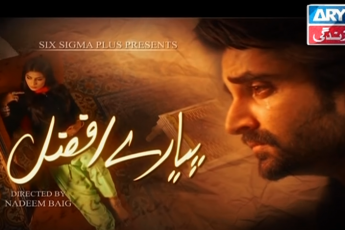 Pyarey Afzal Review - The Fans Still Love It After 7 Years

THE PAKISTANI CAST OF "FRIENDS"