THESE POWERFUL SLOGANS SUPPORT THE MEANING BEHIND #AURATMARCH

Sunday, March 8, 2020 witnessed women, alongside men and children as a pleasant bonus, who took to the streets to rally for better protection and equal rights of women and minorities all over the country.
.
Coinciding with International Women’s Day, over the years, the Aurat March has gained momentum in Pakistan despite facing backlash, but that still has not stopped women to get out of their comfort zones and raise their voices. Amongst other very just and viable demands by the attendees of the march, women spoke for economic participation of women, against transgender rape, called on the government to take action against forced conversions and minorities rights.
.
Amidst a sea of charged women, all eager to avail basic rights for themselves and rally against the forces of patriarchy that make it harder for them to achieve so, we witnessed some really profound, moving slogans by some brave, enlightened women.
.
So here are 14 slogans that spoke to us at the #AuratMarch.
.
The Defence of Human Rights wants to find those whom we have lost.
.

.
Rallying for the basic right of education, protesting against child marriages.
.

.
Marriage means equal partnership; not slavery at the hands of the husband nor in-laws.
.

.
This just gentleman says it best!
.

.
Scared for your daughters’ fate? Raise your sons better today!
.

.
We need to end period poverty.
.

.
Child abuse goes deeper than just what a girl wears.
.

.
Support for women who are looking to lead better lives.
.

.
Islam has given more rights to women than we have. So let’s not interpret religion for personal gain.
.

WRITER'S BLOCK: 6 TIPS TO GET RID OF IT 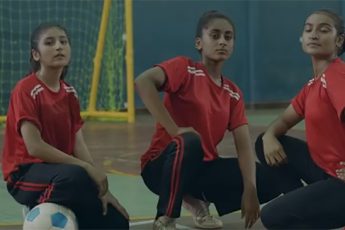