The controversy of Yasir Hussain and Nausheen Shah has been here for quite a while now. It looks like the two stars are not letting go of the issue yet. It all started the time when Yasir and Iqra were getting married. Yasir called Nausheen Shah an “uninvited guest” to his wedding. Responding to his remarks, Nausheen Shah said that she feels sorry for Yasir as there are some serious “mental problems” with him. Soon after, social media lit up with the controversy between the two. While it took its highs and lows, the issue was never settled. Let’s not forget that the two stars have been in the spotlight of controversies in the past few years on their own. However, nobody knew they were soon going to be facing each other. So, what really happened recently that made Yasir Hussain send a warning to Nausheen Shah? Let’s find out.

In a recent interview with “Nashpati Prime”, Nausheen Shah stated her point of view over the whole ongoing controversy. According to her, she loves to crash celebrity weddings without getting any invitations.

“I go to celebrity weddings without getting an invitation, I crash weddings and I love it”, Nausheen Shah said.

Soon after the interview, the low-laying flame took a lot of fuel. It seems like Yasir was not pleased with her remarks about crashing the wedding.

It is not the first time Yasir Hussain didn’t hold back from sharing his feelings on social media. This time, the actor looks seriously disturbed by the ongoing controversy. Following Naysheen Shah’s interview, Yasir took it to his Instagram handle and posted a story with a warning for Nausheen Shah. 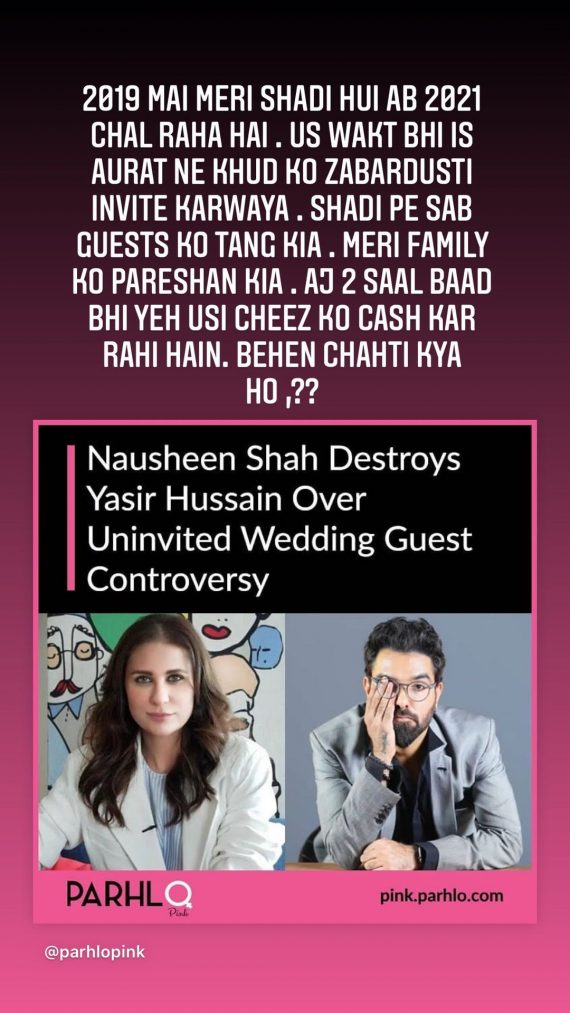 He warned her to stop highlighting the issue over and over again. Moreover, he added that he will take serious action against her if she will continue to do cheap tactics again just to gain some popularity.

Who Is Speaking the Truth?

Before getting to any conclusions, let’s not forget that the two stars have always been around controversies. While the fans seem divided and confused at the same time over the issue, it is not evident as of yet who speaks the truth. While this may be valid, it is uncertain as to how long this controversy will continue. 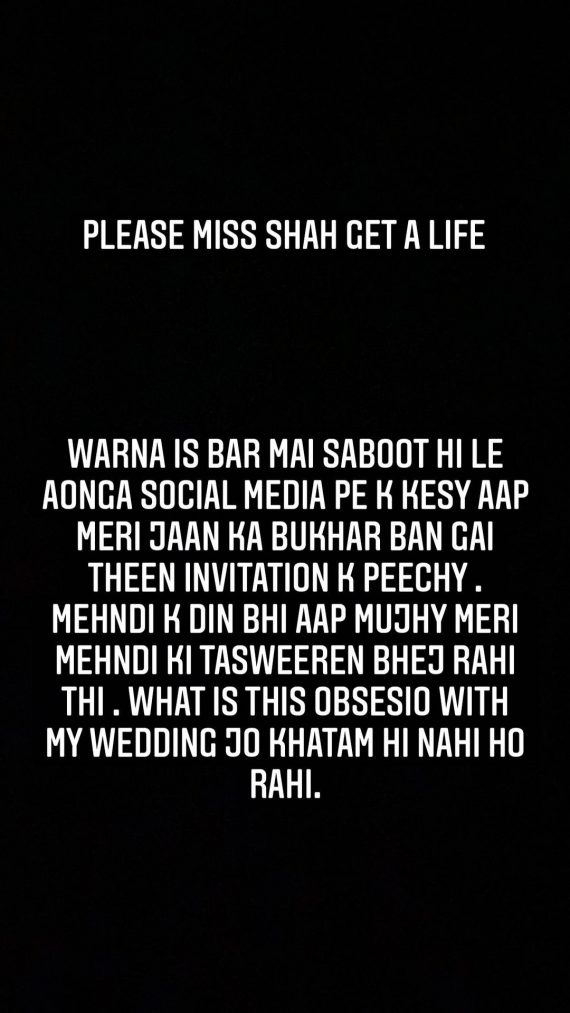 Yasir has also warned Nausheen in his recent Instagram story that he will bring forward the evidence against her. He clearly mentioned that Nausheen forced him to invite her to his wedding ceremony that he later regretted.

To find out what happens next in the story, be on the lookout for more details as we gather them.