Mother-in-law and daughter-in-law jokes are the staple diet for all and sundry because they sure leave many with a good laugh. But what they don’t realize is that these wisecracks are the root cause of a serious rift that is waged between two women for decades, leaving the son and the husband stranded somewhere in between.

There are ways to deal with with people. You don’t have to necessarily fight or argue over everything, instead, give the relationship space and time to grow. I felt helpless too, but I counseled myself, sought my mother’s pearls of wisdom and realized that there are ways that actually work and can alter “sasu maa’s” behavior in spite of her actions. It takes two to play, so if you change the rules on your mother-in-law, and make things alright between the two of you. Just follow through and let me know if I did the right thing as well.

She can’t assume that you’re  a mind reader so unless she says something to you directly, take her on face value as if everything is fine. That’s what I did. Your mother-in-law will either throw a tantrum or admit that she is pissed at you.

HUMOR HER & MOVE ON

I know when my mother-in-law used to flare up every time I used to ask her how she was feeling. What I started doing eventually was give a chuckle in a way to tell her that it’s okay and then I’d move on by not even paying attention to anything she’d say.

AGREE WITH HER, BUT RATIONALLY

My mother-in-law prefers that we agree with what she says because she is strongly opinionated. Not that I play the dumb card, and not say anything at all – we talk. I express my opinions and throw questions at her in way that I am unconsciously eliciting her to tell me more, which in return gives her the due importance she wants to feel and we all come to an agreement.

If you feel that she doesn’t approve of your cooking or something you do in a certain way, ask her how she would do it. This way she will feel involved as you are giving her a chance to contribute and letting her take over. This tip is tried and tested by the way.

DO NOT STOP TALKING TO HER

These mother-in-laws will say something or the other to offend, don’t let silence simmer in between the two of you and learn to forego that moment. You’re making a point that whatever she says does not affect you.

Maintain the “adab” etiquettes with your mother-in-law no matter what happens. Treat them with compassion, mercy and respect as you would treat your own parents.

Whether she has issues with her son, or some other matter, do not needlessly interfere unless she asks. Let the son and mother settle their personal disputes and avoid divulging secrets.

Don’t force yourself to do something that your heart is not into, so if you don’t want to be around her, don’t. But when you do, spend quality time, love and laugh a little. I tried that and it did work.

OWN YOUR ROLE AS THE DAUGHTER-IN-LAW

You will be given an invisible chart of some ridiculous expectations, so don’t bog yourself down by fulfilling each, just do what you can and own up to them and your role as the daughter-in-law. Pro Tip: You can always ask “sasu maa” to guide you”.

Never give up, never falter, and even if you do, buck up because you need to put up a great show and tell her and everyone else that nothing’s going to put you down. 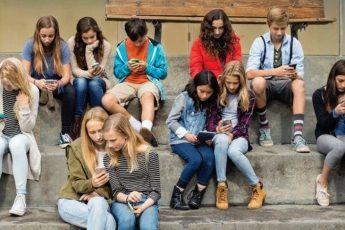 HOW TO STOP ISOLATING YOURSELF IN THE ERA OF TECHNOLOGY