Cyberbullying – Here’s How To Deal With It

Any type of bullying can have physical and psychological effects on a person. In other words, cyberbullying is anything that gets posted online and is meant to hurt, harass, or upset someone else. Bullying in any form leads to serious long-lasting problems. It can be particularly damaging and upsetting because it’s usually anonymous or hard to trace.

Why is it happening?

As technology has developed over the past 20 years, cyberbullying has become an increasingly larger issue. The immense popularity of smartphones, instant messaging apps, and the rise of social media have opened up an ever-growing number of ways for cyberbullies to hurt their targets.

How it can affect a person?

Cyberbullying can make things much worse if someone is already depressed or anxious. The stress of being in a constant state of upset or fear can lead to problems with mood, energy level, sleep, and appetite. It also can make someone feel jumpy, anxious, or sad.

Online harassment involves sending abusive or offensive messages to an individual or group. Harassment takes great effort on the part of the bully to hurt the victim. Further, it is intentional, repeated, and constant. The victim will often have no reprieve from the bully. Especially over some time, these messages can harm the victim’s self-esteem or confidence.

What Can You Do About Cyberbullying?

The first thing to do is tell an adult you trust. People who are cyberbullied may feel embarrassed or reluctant to report a bully. Some may hesitate because they’re not 100% sure who is doing the bullying. But bullying can get worse, so speak up until you find someone to help. Sometimes the police can track down an anonymous online bully, so it’s often worthwhile to report it.

If you see something upsetting, try to step away from the computer or turn off your phone for a while. Taking a break like this allows you to keep things in perspective and focus on the good things in your life. It also gives you time to figure out how you want to handle things.

Social media sites take it seriously when people post cruel or mean stuff or set up fake accounts. If users report abuse, the site administrator may block the bully from using the site in the future. If someone sends you mean texts or emails, report it to phone service or email providers.

Pakistan is on the list of the fastest-growing internet-using countries. In Pakistan, internet users range from 10% to 16% of the overall population.

National Response Centre for Cyber Crime (NR3C), is the latest introduction to the mandate of the FIA, primarily to deal with technology-based crimes in Pakistan. It is the only unit of its kind in the country and in addition to the directly received complaints also assists other law enforcement agencies in their cases.

Have something to add to the story? Share it in the comments below. 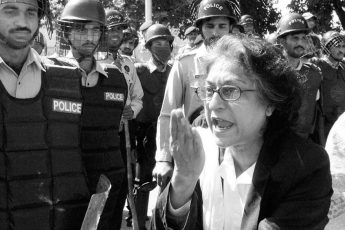 MARRIAGE: WHAT NOT TO EXPECT FROM YOUR PARTNER