Dandruff affects unto 50% of the world’s population, so chances are that quite a few of our readers suffer from this itchy ailment too. Other than a sensitive itchy scalp, dandruff can also cause those horrid signs of flakiness and greasy patches of hair on the scalp.
There are numerous over-the-counter products that boast of getting rid of dandruff, but only leave you with a slight dent in the pocket and unfruitful results at most.
As frustrating as the situation might be, we urge you to try our tried and tasted natural remedies that aren’t only effective, but are also easy on the pocket:

It has strong anti-microbial and anti-inflammatory properties, hence, proved to be effective for eliminating dandruff. Use it after diluting with a carrier oil (such as coconut oil, olive oil etc) as its quite strong on its own and may irritate your skin.

Dandruff, most often than not, occurs due to excessively dry scalp and hair condition. Coconut oil can provide ample amounts of hydration to the skin which in turn lessens dandruff production.

The acidity of the vinegar is believed to help stimulate the shedding of dead skin cells on the scalp. ACV is also said to balance the pH of the skin to reduce the growth of fungus and thus fight dandruff. Apply it to hair and scalp before shampoo, after diluting with water.

Baking soda is a readily available ingredient to get rid of dandruff as it serves as a gentle exfoliant to remove dead skin cells from the scalp and thus, remove scaliness and itching.

Aloe vera is a type of succulent that is frequently added to skin ointments, cosmetics and lotions. It may also be beneficial in the treatment of dandruff. Scoop out the gooey gel part of the plant, and apply to hair and scalp for 30 minutes to reduce inflammation. Wash off with a mild shampoo after.
COCONUT OIL. APPLE CIDER VINEGAR HOW TO GET RID OF DANDRUFF IN WITNERS SiddySays TEE TREE OIL
Share: 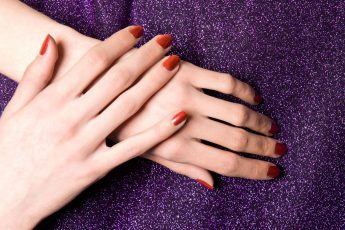