“He who has not seen Lahore has not been born yet.”

As Pakistanis, who have spent a long time reconnecting with our rich culture, we respect initiatives that have been undertaken to shed some light on the REAL Pakistan; not the image broadcasted globally through the media of our beautiful country. This said, it’s even more admirable when taken by foreigners.

Lahore Landing came to our attention recently, having gone viral on social media, and upon visiting their website we felt a surge of pride seeing their journey and experiences in the cultural heart of Pakistan. What started off as a final year project in the Wee Kin Wee School of Communication and Information, Nanyang Technological University in Singapore has started making its way around the public. In our opinion it should and eventually will get the exposure it deserves, motivating others to follow their lead and in turn showing how ‘normal’ Pakistan really is! 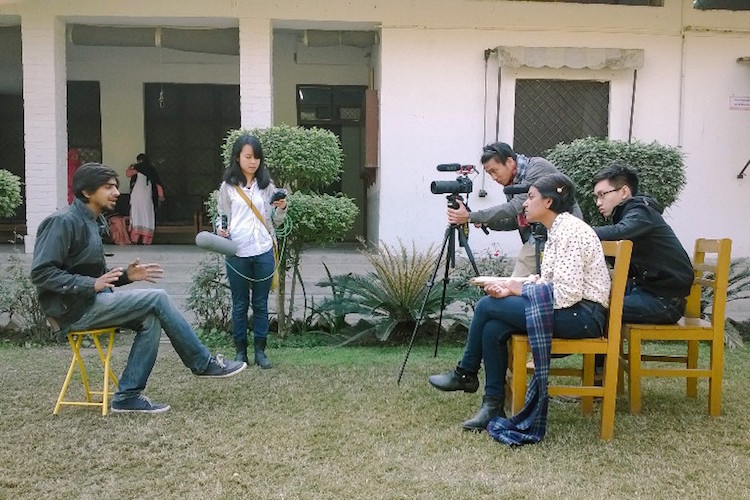 What brought you guys to Pakistan?

T – I worked in Karachi at Dawn.com for 6 months and upon my return shared my experience with the team – it surprised and interested them when they heard things that the media and popular culture left out about Pakistan. As curious media students together we decided to present what is usually not.

What evoked such a strong interest to show this other side of Pakistan as opposed to any other country in the world?

J – We thought of going to Pakistan because of Taahira’s experiences and her initial contacts there. We had researched other countries and realised that this problem of global perception and common misunderstanding wasn’t just a problem with Pakistan, but with many other countries.

What made us come back to Pakistan was the fact that we could do more justice to it.

Why Lahore Landing rather than say, Karachi Landing?

J – Initially we were thinking of showing the whole of Pakistan, and how it was perceived, but realised that Pakistan is so big! We needed to go deeper, instead of wider and shallow. The natural beauty of Pakistan – namely the North, was something we couldn’t really present due to weather restrictions when we were intending on visiting. We heard about Lahore with its cultural heritage and decided it would be an ideal starting point.

This may have been a university project but has garnered attention on social media. Is it a project you would want to expand in the future?

Being a year-long university project, we had the opportunity to devote significant time and energy into this project. With the current situation, we’re not sure how it can be continued, but we do see a need for more of such content out there. A possibility would be exploring the rest of Pakistan and doing little features on what it has to offer, but it is yet to be seen.

While we had initially intended for this to be a pure perception-breaking discovery, the Peshawar Attack that occurred during our time there and the show of strength that followed gave this documentary its anchor and deeper significance. So it’s definitely not a formula we can easily replicate to achieve the same effect (and we do not wish for other countries to have such events as well).

In the meantime we are sending this documentary around to international film festivals and we hope to get the word out there, beyond the borders of Pakistan.

Based on your time here, how similar is Pakistan to Western countries?

Some things (we are ashamed to say) really surprised us! It’s easy to get around with English signs everywhere, fast food chains you may not even have in Singapore, and Hyperstar!

Culture-wise Pakistan seems to enjoy that dichotomy of appreciation of both a rich heritage and an awareness of modern pop culture. We could easily relate to many young Lahoris, conversations went as fast as with our peers back home.

What part of Pakistan is misunderstood based on your experience here?

People often think of Pakistan as dangerous. We had to constantly assure our parents during our time there that it was anything but that. There is a natural tendency to be worried when you tell people you’re going to Pakistan and our experience here confirmed otherwise.

Personally speaking, what about Lahore charmed you all?

J – The people, their hospitality, and the chai! The rich culture shown in the architecture and the arts as well as the community spirit that exists.

Je – I loved the arts scene, especially how young artists combine both traditional and contemporary aspects, particularly the work of NCA students. It really reflects a strong sense of cultural pride!

T– I loved the people’s sincerity and ability to have the most honest conversations when you just meet them. They were also were knowledgeable about their own history/political scene – so I could easily have quick history lessons which was nice. And (of course) the beauty of Lahore – its architecture, the Old City and Gawalmandi!

A – Definitely the Lahoris! Before arriving in Lahore, I would hear tales of other travellers describing the hospitality and kindness that Pakistanis would show towards their guests – I thought this was an exaggeration. However, I was pleasantly surprised to learn that this really was the case; people would go out of their way to make you feel at home. I think we were really fortunate to have met Lahoris who were always ready to feed us with scrumptious food (we never left any home hungry) and come to our aid if anything went wrong in the process of making our documentary. 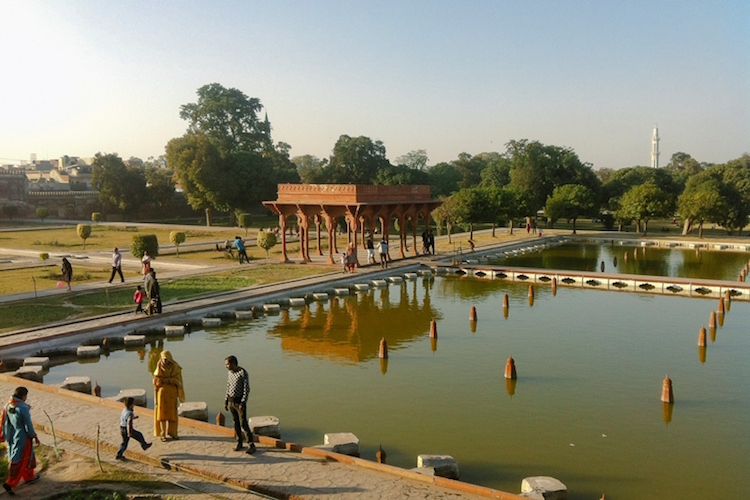 What’s the one thing you saw here that surprised you?

J – There are so many things! I guess I did love the universities.

Je – The youth’s active involvement in the socio-political scene. Throughout our experience, we’ve met so many driven individuals who showed us that it is possible to affect change.  They weren’t paralyzed by the circumstances, always seeing opportunity in problems. It really left an impression on me.

T – I guess the freedom and drive of the youths to do what they wanted surprised me. They could be frustrated with the situation in Pakistan but the difficulties they faced only spurred them on to do what they wanted. I saw this in Karachi when I met so many self-initiated indie electronic bands and also in Lahore when people had initiatives and ideas to start what they wanted and believed in – my friend Murtaza’s Turr Lahore project is an example!

A – I think there’s a common tendency for people to view Pakistan through a western lens. One thing that really stood out for me was the diversity that existed in Lahore: the different sects, ethnicities, religions etc. Most people were trying their best to ensure that peace and harmony was maintained so that everyone could co-exist side by side blissfully.

Lahore is known for it’s food. What did you enjoy from our array of specialties?

J – The best chicken boti at a corner shop at Liberty Market and Chaman’s Ice Cream at Regal Chowk!

Je – Lamb ribs and the fried fish at Barkat Market! Nothing beats the home-cooked Lahori food though.

T – Sajee from Dera! And I also liked Rabri Doodh from Anarkali – perfect during summers!

A – I found myself really loving Sabzi, Briyani, Pakora, Kebabs, samosas..the list goes on. I was also always impressed at how fluffy, fragrant and crispy the chapatis and rotees were – it was hard not getting addicted to those. And of course, Chaman’s ice-cream – the Pistachio ice cream was simply the best I’ve ever had. 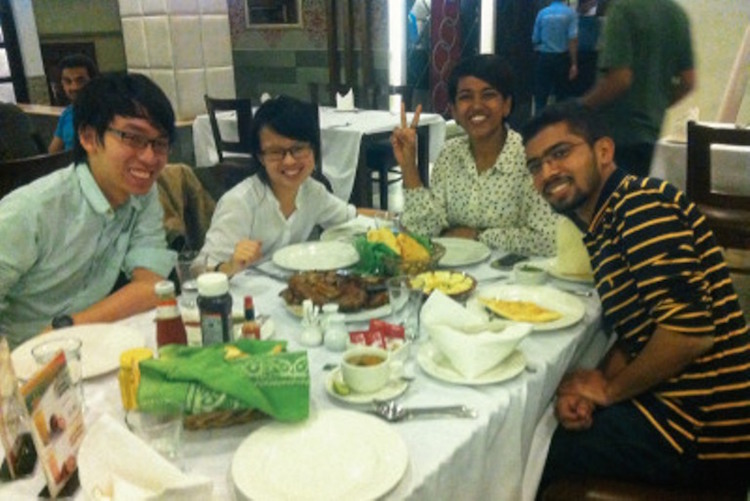