A glamorous afternoon soiree was held at The Deli in Karachi which was gorgeously decked up with floral garlands and fragranced ornaments creating a true LUX experience for media who gathered to meet the beautiful LUX girls – Mahira Khan, Maya Ali and Reema Khan.

The event started off with the charismatic host, Zara Peerzada who welcomed the guests and introduced them to the latest LUX campaign “Fans of Each Other”, leaving the audience wowed by the grand reveal of the LUX girls as Maya Ali, Mahira Khan and Reema Khan came forward and stepped into a large breath-taking floral frame, which thus became the defining moment of the entire evening. The three LUX films were displayed on the big screen along with other behind the scene videos highlighting the story that led to the making of the commercials followed by a Q&A session with the LUX girls where they shared their experience of working together and how they are inspired by one another.

“This campaign is special because it brings together three of the biggest stars of our industry. These girls love, support and respect each other and are the true embodiment of the ‘Fans of Each Other’ concept,” said Asima Haq, Marketing Director of Unilever Pakistan Limited. “Our main message here is that these girls are pitched against each other and made to sound like they are rivals, when in reality they not only praise each other, but are genuinely happy with each other’s success.” The ads beautifully portray the #FansOfEachOther mantra as each LUX girl writes and receives a beautiful letter of appreciation from her co-star for all that they’ve achieved and how they inspire them to do more. We’re all fans of someone but seeing the stars being supportive and appreciative of each other is heart-warming and conveys a message of positivity that is budding within our industry.”

The evening came to a close as guests enjoyed savories and mingled with each other. Amongst attendees were prominent media personnel, fashion and lifestyle influencers along with representatives of known electronic media channels. The campaign concept for ‘Fans of Each Other’ was by J. Walter Thompson Pakistan, the LUX films were directed by Asim Raza of The Vision Factory and event design at The Deli by RAKA events.
Ambassador BEAUTY Fans FansForever FansofEachother LUX Lux New Fragrance LuxPakistan Mahira Khan Maya Ali Reema Khan SiddySays
Share: 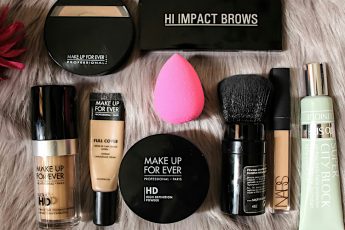 5 WAYS TO PROTECT YOUR SKIN FROM POLLUTION ALL YEAR ROUND