THESE MEN MADE A CUT AT #SONAMKISHAADI

So, finally the “original fashionista” who has been making statements in Bollywood and the international borders for her prowess to rock every outfit (bravo, Rhea Kapoor), Sonam finally got her fairy-tale wedding and got hitched in a plush ceremony with her long-time beau, Anand Ahuja. Naturally the wedding affair was much talked about and was swarming with tinsel town’s cream with everyone dressed to impress from Bebo and her Nawab, the Bachan’s to the Khan’s, the sassy ladies and the men! Oh! The men were absolutely killing it and we spotted a trend that we just couldn’t shake off. So we rounded it for you! Here’s what our Bollywood hero’s sported on #SonamKiShaadi.

The versatile Ranbir was seen with Alia Bhatt and Ayan Mukherjee because the trio is working on their next film. But cut that aside, we loved Ranbir in that white a-symmetrical sherwani on top of a white chicken kari kurta that was even longer than the sherwani itself. We thought he’d be only one but I guess we were wrong! And we have to thank Manish Malhotra for creating that timeless look on Ranbir who simply aced it.

Note: All these photos have been taken from Instagram, we don't own these pictures and give due credit to the photographers and blogs. 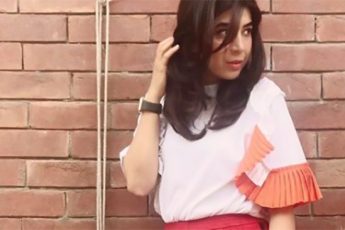 THE TRENDING STATEMENT SLEEVES THIS YEAR

WE LOVE THESE COOL & FUN NOVELTY SOCKS FOR MEN

2 THINGS FOR THIS WEDDING SEASON