Nowadays, it’s not about a moment of silence, vigils or marches, but rather it’s about MOVEMENTS and HASHTAGS that have exploded because of frustrating and potent source of tragedies that have been brewing for over decades. The inexplicable unrest is either suppressed through influential pressure, or by men and women like us with the innate fear of being disgraced and mocked by the delinquent thoughts of a so-called “society” that is on the brink of being called “inhumane” – well almost.

#TimesUp and #MeToo are such “movements” that have spread like wildfire, representing bigger and broader meanings across all men and women of colour, cast and creed, and marginalized communities who have been suffering at the hands of prejudice for years, yet hoping for a fair trial and impartiality to be done right as lawful citizens. What is the purpose of these “movements”? In all honesty, they require the law and policies to be clear with absolute stipulations, changed or curated for the people of every community to be able to raise their voice against #injustice, #genderparity, #sexualharassment, #sexualabuse, #workplaceharassment, and #violence.

Flip the subject from the victim to predator – why aren’t we questioning them instead. From the safety of our humble abodes to moving on to a more stable professional environment, is there a law or a policy that will guarantee utmost protection to the one who is robbed of their integrity? The #metoo hashtag has highlighted the magnitude of the problem that we as a society are facing, and what needs to be done is that all of us need to unite in solidarity and spread awareness amongst grownups and children when to speak up and report predatory behavior, or what is unwanted and inappropriate. EVERY BODY NEEDS TO BE HEARD because #timesup. 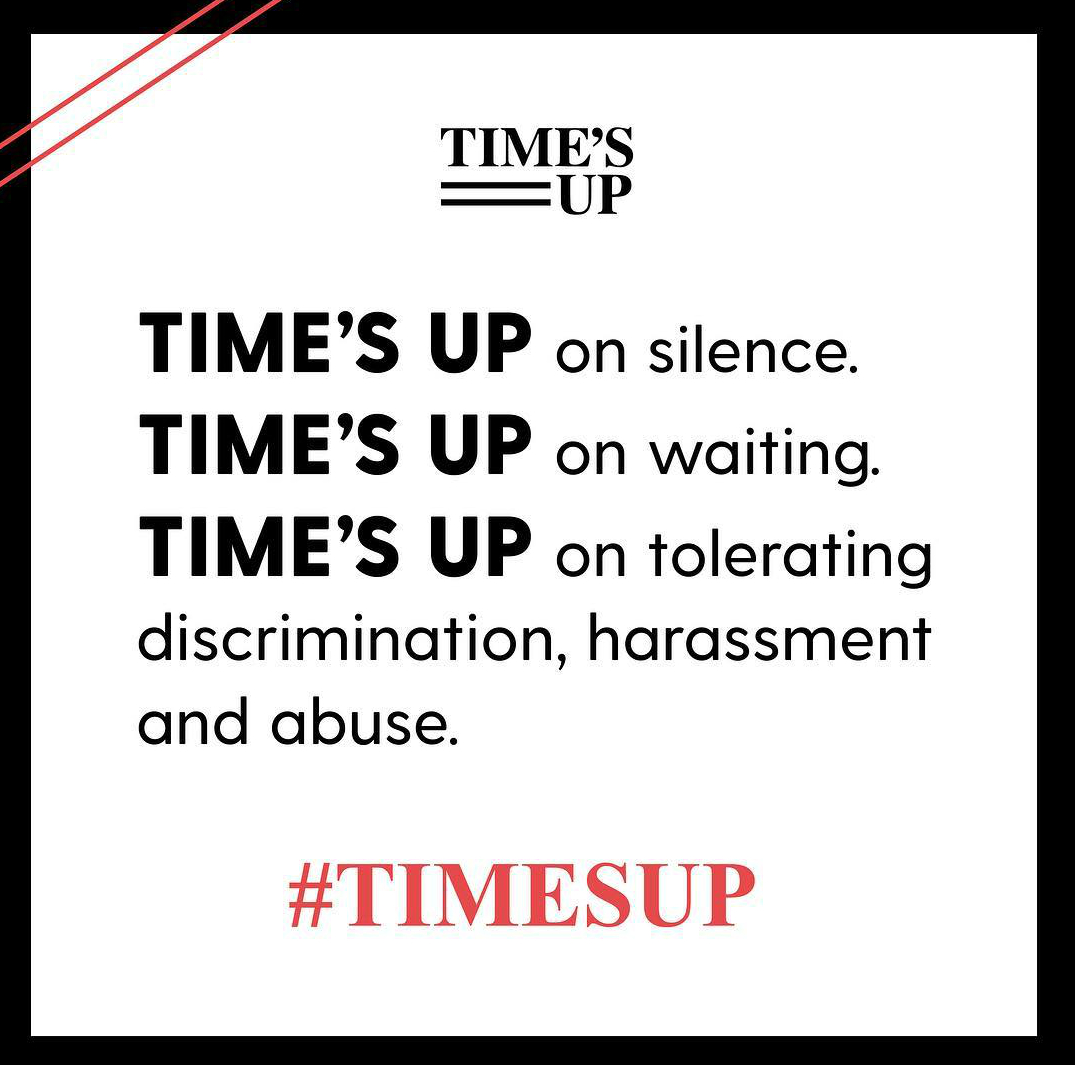 How and why is it ok for someone in a position of power take advantage of someone with lesser power? Who granted man the right to disgrace a woman because she is the weaker sex (physically) albeit; today’s woman isn’t weak anymore. In this day and age, we have full access to social media and important decision making skills that have the complete potential for causing real accountability and genuine consequences at home or across boardrooms. What do we need to do? We need to scream loud and clear and tell the SURVIVORS that they are not alone, that they will be heard, and that consequences are going to happen for those who will do wrong. Empathise and don’t ridicule, heal and don’t scorn, aware and don’t judge because it could be you and #metoo.

In present time we need to stand in a concrete place where we take “harassment” seriously because we are at a imprudent stage of a revolution that can either make or break us. These “movements”, if scripted right, can stir massive social changes in our society with resilience and perseverance combating the social paranoia that we are laden with. Let’s not be afraid to speak up, gather a crowd, and let all those who cannot speak, go unheard. If we’re listening right now, then we might be able do something sooner or later, on a global platform.  So #LetsDoThis!