Saheefa Jabbar Is Ahead In The Race of Thrifting!

Thrifting is choosing secondhand clothing to support sustainable values. It is rebranded and termed as ‘Preloved’. Sustainability is every one of the prime motivators for the push towards pre-loved fashion. It helps people to buy clothes at a cheaper rate and to earn from them too. The ‘Bhool’ actress Saheefa Jabbar took the initiative and decided to sell her branded clothes mostly unworn or rarely worn at prices under the particular ones.

Most of her clothes were from international brands. She posted her pictures mentioning the brands and their original price and sale price too. The sale included all types of wear including winter uppers, jackets, formals, and informal and footwear. The majority of the clothes were from Zara, Mango, Mantra, and New look. Brands like Zara and Mango are quite expensive for an average person. Getting hands-on outfits from these was an opportunity for many. The audience was quick to respond to the model and actress Saheefa Jabbar for her call. Most of the people grabbed the opportunity to buy the expensive branded clothes at a sale price but some were angry at her for holding a sale.

Saheefa got criticized for her actions. People accused her of several reasons. Some people questioned her intentions too. People asked her as to why she won’t give the clothes to those in need when she’s already so privileged? When the backlash got to very extreme the actress decided to respond to the extremist. She finally decided to address the issue. Model talked about the reason behind her selling the clothes through her official Instagram account. 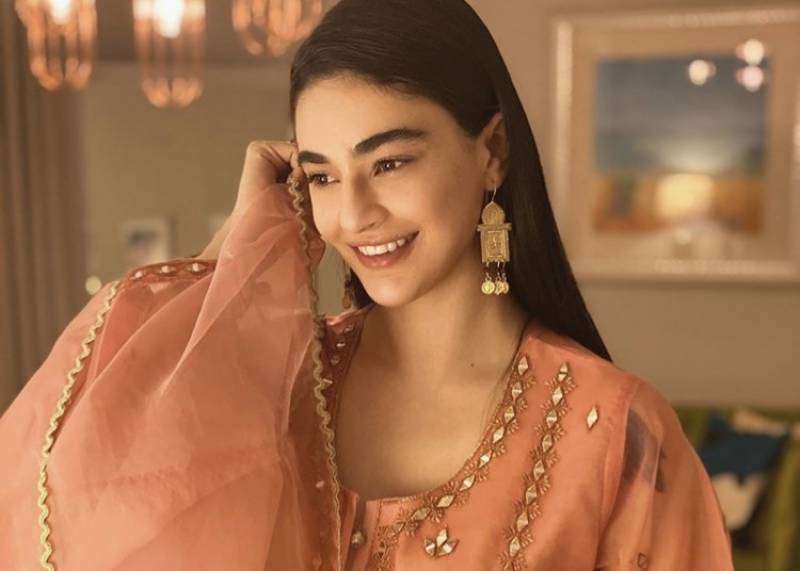 ‘Log Kya Khaingy’ famed actress answered the hate calls in the following way. She got herself fully prepared before interacting with such nasty comments and feedback. She listed down one by one all the questions and accusations which she received. The questions were

“Why selling clothes when you seem like a rich person? Doesn’t your husband buy you any new clothes? Oh hello, who will buy your used clothes that too with such an expensive price tag? It’s better to donate these clothes to underprivileged people than selling and profiting from them? Do you not feel any shame while selling these overpriced clothes?”

“Is it necessary to always announce the good deed you’re about to perform? Is it also compulsory that anything a public figure does, has to be questioned with negativity? What will a less fortunate person do with ‘branded’ clothes when his first and last concern is to be able to afford a meal, must I feed them clothes?”. 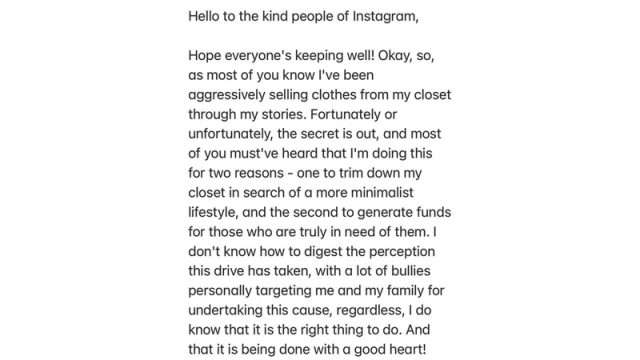 She also explained the reason behind her holding the sale. The only reason for the Sale is CHARITY.

“I decided to host this so-called sale only to profit out of what I’m selling. The more I profit, the more I can give back to the people who are in dire need of some help. The dollar currency was on fire when I purchased the items myself.”

Last but not least she also asked people not to make judgments so quickly and advised them to block someone if it’s bothering them. Don’t waste energy by leaving negative remarks.