We caught up with Mahira Khan, the actress who has pegged the attention of the Pakistani film industry, at the Bin Roye press conference. She is a true sweetheart and it is quite understandable why the people of Pakistan have such a soft spot for this Northern beauty. There was not a single person, we repeat not a SINGLE person, whose request she turned down as the selfie requests came flooding upon her, wave after wave. 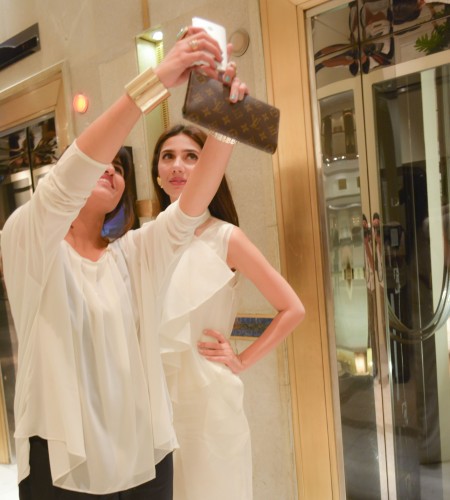 At one point, we decided to move to a quieter place – her room (!!) where we had the most candid discussion imaginable with the pride of current Pakistani cinema. While seated comfortably on the floor (channeling her inner Pathan), high heels off, we asked her – What do we not know about Mahira Khan!

Mahira’s venture, alongside Humayun Saeed and Armeena Khan marks the first time that a Pakistani film will be launching its music abroad, with the premier taking place in UAE on the 13th of June. “The public needs to stop saying that the local cinema is in the process of its revival – it has been revived” the lead actress commented.