In continuing my venture to save my skin, I have been using the ‘Hey Honey, Look Into My Eyes, Retinol and Propolis Eye Mask’. I have been wearing spectacles since I was a ten. And now, over two decades later of a lack of skin care, a whole lot of crying, late nights, bad diet and dehydration of epic levels, I ordered this, again on a whim, in a meek attempt to look less like a panda. 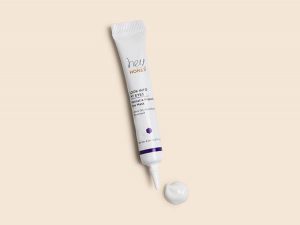 So this eye mask has decent reviews online. But after using it my main conclusion is that like so many products on the western market, this is aimed towards light skinned women. I am anything but light skinned so this maybe why the difference is subtle. Whereas reviews rave about seeing a difference in a week or two, four weeks later, there is a difference but nothing to rave about.

The mask comes in a 8 ml tube, of which you use very little. So, this is going to last me another 2-3 months easy. After washing my face and patting it dry every night, I applied the mask directly under my eyes. Rather than rubbing it in, I patted it gently until it was somewhat absorbed. I have sensitive skin which is prone to flare ups. Even baby lotion irritates my skin and I am certain this is why babies cry when their mothers smother them in lotion- it isn’t a pleasant feeling! Thankfully, this did not irritate my skin at all. I accidentally got it in my eye once but that’s a story for another time! 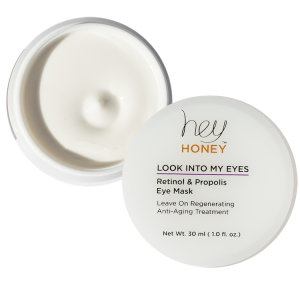 There is a very subtle difference in the appearance of my dark circles, but I intend to get through this entire tube and see how much of a difference it makes. It’s probably better suited for women who have lighter skin and not-so-prominent eye baggage.

Pros: It is SLS and Paraben free and is not tested on animals. I bought the deluxe 8ml tube and I haven’t even gone half way through it!

Cons: Difference is subtle when you have prominent dark circles.

The most noticeable aspect of total makeup is eye makeup. Women with gorgeous eyes always appear more attractive. With eyeliner, eye makeup can appear gorgeous. Both a bold and a simple style can be achieved using eyeliner. However, eyeliner...

Let’s face it, money doesn’t grow on trees, brownies have carbs and calories and you are not immune to the process of ageing, so it’s best that you take care of yourself right away. Take a look at your...

Are you baffled by choices and terminology every time you try to look for the best local sunscreens? The sun is shining at its brightest this summer and trying to melt us all into puddles but with a few...

The skin around the eyes is delicate and thin and is extremely sensitive and prone to developing creases and fine lines. Decent eye cream is necessary for all skin-related problems involving the area around the eyes, such as fine...