Let me start by saying, I have loved Salman Khan for as long as I can remember, in fact Sadaf, my best friend and partner here on the blog hates me for it! But it is a love I have known longer than any other (except you dad), and it is for Sallu!

I have always enjoyed his non sense comedies, his butt shakes, his pink and orange pants, his shirts getting torn off, his corny jokes-I have always loved sallu movie’s. I have even loved his crappy movies (Veer) and found something nice to say.

So why did I not love Sultan, even though it is one of the biggest hits in recent times, and there will be a few spoilers here on-however there is not much to spoil about the plot!

It is essentially a love story and every thing in Sultan’s life is a result of his love for Aarfa (Anuskha Sharma) and it is the first time in my life I have seen 0 chemistry in a Bollywood pair. And by 0 I mean zilch. Nothing. Yada. Nada. No. They don’t do anything to give you that FEEL of lovers. Zilch. Nothing. Yada…..did I say all this before! 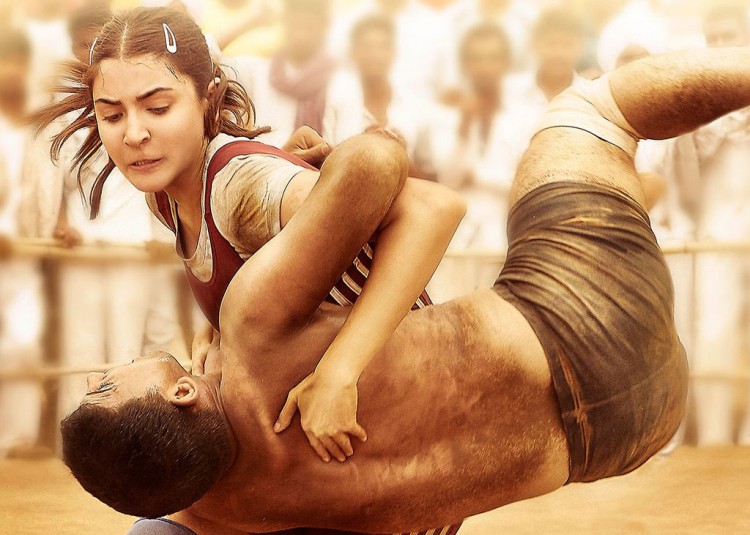 (P.S. Only Anushka Sharma can achieve not having any chemistry with Sallu!)

Anushka was perhaps not the best choice, since the character is of a woman wrestler. And that no make up look really doesn’t do much for her. Even though I’m no fan of Miss Sinha but I think Sonakshi might have been a better choice for the role.

Perhaps the worst thing about the film is the female protagonist’s character. From a girl who wants to win an Olympic Gold and is willing to fight men in the ring to prove that women are NO LESS-to the extent that she says she has no time for love, and insults the happy go lucky Sultan telling him he is not worthy of respect, let alone love. To a woman who instantly forgets all ger high and mighty feminism and marries the formerly worthless Sultan who is now more accomplished than her (changing her mind in less than 5 seconds). And then giving up her dream altogether (she is expecting) but always holding Sultan’s new found fame (and some arrogance) against him (comes with the package darling).

So when he decides to go for THE WORLD CHAMPIONSHIP (and its no joke) during the time she is going to give birth (she has an uncomplicated pregnancy might I add) she doesn’t forgive him. Leaves him because unfortunately, their baby could not survive (no apparent fault on his part). Breaks him to a point that he gives up everything, makes it his life mission to open a blood bank ( to avoid more infant mortality in the village) but she doesn’t budge.

But her warped-ness doesn’t end here. She decides to return to him  the moment he is back in the ring, fighting for the blood bank money, infinitely more famous and loved and has almost died in the ring.

She explains how she always loved him but was giving him more pain to ease his previous pain (genius manipulation) and then urges him to go for a last fight (because it will make him happy) despite his broken ribs (very devoted wife).

One character that I did like was the bad ass coach played by Randeep Hooda, just wish he had more screen presence than the leading lady!

Apart from this the music is mediocre, the jokes are old, the action is monotonous and the only thing that shines is Salman Khan. His acting, his hard work and his training for the fights are perhaps the only reasons people are loving Sultan. If you take him out of the movie, well I would not even want to sit through the painful first half. 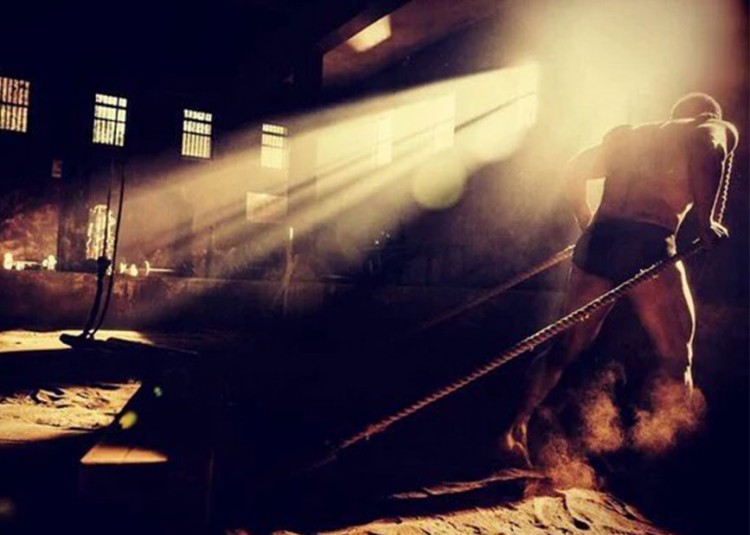