We as Pakistani are still living in a society where we want to see women harried into burying themselves in unrealistic social constraints, domestic obligations and communal pressures all for the sake of keeping up with cultural traditions. Motorcyle Girl is that one such movie that highlights a woman’s plight, her dreams, and how she struggles to sustain and persevere in this patriarchal society.  However, what you do take home with you after the movie are lessons and aspirations from the life of a caterpillar that was born to break free and turn into a gorgeous butterfly one day.

Motorcycle Girl is a biopic based on the life of Zenith Irfan, the original motorcycle girl who travelled solo on a motorcycle from Lahore to Khunjerab Pass in the northern areas of Pakistan to fulfill an unfulfilled dream of a deceased loved one – her father. The film is not merely about a trip or the inherent beauty of Pakistan that lies covered in a veil of trials, rather it’s about a spiritual journey and the desperation of a daughter who tries to connect with her father through a trip that she embarks on. So, the film is more human at heart instead of an adventurous one, it’s about overcoming fears and obstacles in your life, spirit, allowing yourself to change, and the fulfillment of one’s dreams.

The film opens with Sohai Ali Abroo who plays Zenith and touches upon several themes which are subtly shown, such as the limitations she faces as a woman in a mean corporate sector along with her bosses (Sarmad Khoosat) misogyny, her inability to commute and be independently mobile without being harassed by her van driver, the social pressure of getting married (Shamim Hilaly) because a woman’s rightful place is by her husband’s (Ali Kazmi) side, menstruation, and social media trolling. But there is light at the end of the tunnel and that light emanates from Zenith’s mother (Sameena Peerzada), her supportive and feminist AF brother (Hadi Arshad) and her witty and quirky best friend (Mehar Bano). But having said that, I still think Motorcyle Girl has its highs and lows and this is what I thought:

In a nut shell, go watch Motorcycle Girl and appreciate it for soul of the film and Zenith’s journey out into the universe. Yes, it’s not an all-out massive entertainer, but it has a great concept, touches upon issues that are relevant to our society, if you’re a fan of Sohai, love great music and want to baske in the beauty of Pakistan as Zenith unfold hers journey and attains independence! 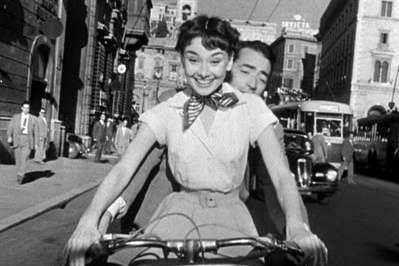