We had been hearing for a while now that Nandita Das in Lahore was meant to happen. For those of you who don’t know, Nandita Das is best known for her acting in Fire [1996], Earth [1998], Bawandar [2000], Kannathil Muthamittal [2002], Azhagi and Before The Rains [2007]. Not just an actor, Nandita is also known as a director supremely for her directorial debut Firaaq in the year 2008. The film won numerous national and international awards. For her work, the Government of France awarded her the prestigious Chevalier of the Ordre Des Arts et Des Lettres. The purpose of this award is the recognition of significant contributions to the arts, literature or the propagation of these fields. Building on this, she was also the first Indian who was inducted into the International Women’s Forum’s hall of fame for her contribution to the arts.

It can’t be argued that Nandita Das has an incredible portfolio and with such achievements, there is no wonder that we were infinitely excited about OLOMOPOLO Media hosting her at their studio, OLO Junction, in Lahore. Nandita will be present on 17th March 2015 from 7:30 pm onwards. At the event, ‘Between the Lines’ will be screened which is Cineplay about a lawyer couple arguing on opposite sides of a criminal trial resulting in the blurring of their personal and professional lives.

This will be the first time a cineplay will be screened in Pakistan. The question is – what is it about a Cineplay that is different from any other film or play? Well, a Cineplay is a cinematic experience inspired by a theatrical performance. The filmmaking process used to convey meaningful stories, in collaboration with the theatre director’s vision creating a new language of storytelling.

The screening will end with an interactive talk session with Nandita Das herself moderated by the very talented Sania Saeed. The first screening of a cineplay packed with such great talent – this will be a night to attend!

Nandita Das will also be present today at ‘The Last Word’ at 6:30 PM in case you don’t want to miss out on her.

A CONVERSATION WITH HASHIM ALI 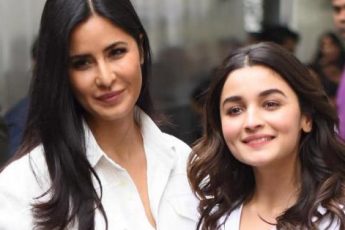