You know you’re a real Bollywood-junkie if you sit through the first half an hour of Wrong Number and you’re instantly able to tell which frame gives you a certain sense of deja vu.

Here, we give you Pakistani Movie – Wrong Number Review:

Revolving around the story of an inter-pass young lad named Sallu (played by Danish Taimoor), Wrong Number shows how he is busy dodging responsibilities at his father’s meat-station, and is aspiring towards a career in acting (hint: a pre-intermission Shah Rukh Khan in Om Shanti Om).

While Danish Taimoor’s exceptionally good-looks and well-timed humor seems to uphold the audiences’ attention, his character, however seems to lose its traits and sense of purpose in the latter half of the movie. 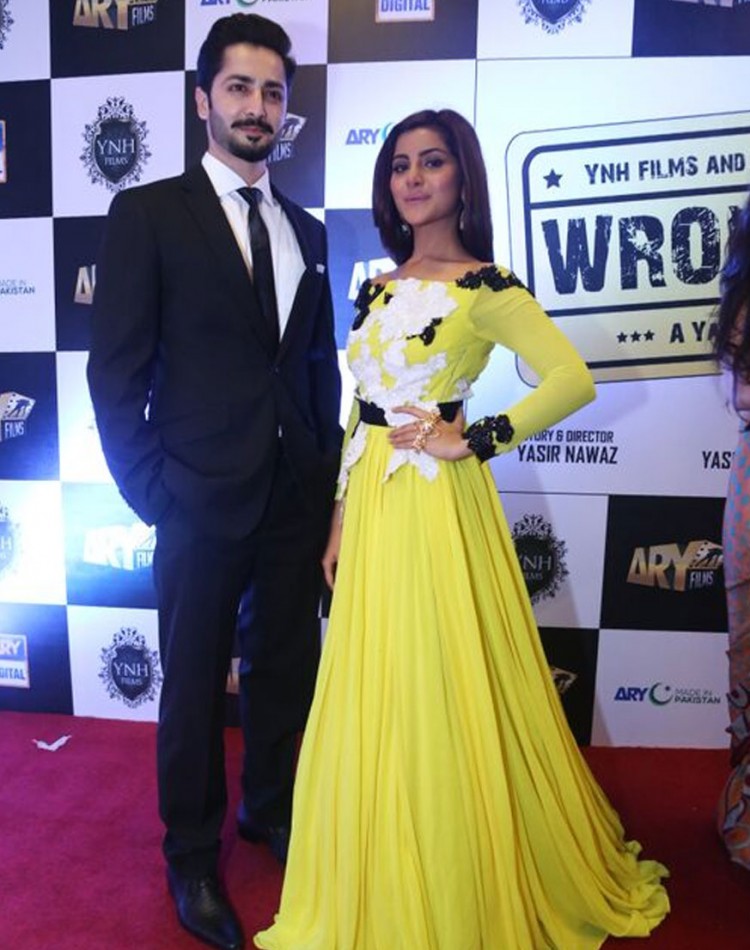 As much as Yasir Nawaz is applauded within the entertainment industry for his un-matched direction, in the movie it could well as be that Yasir Nawaz is trying to showcase two different stories to the audiences. The characters, although played brilliantly by the actors, seem to have an odd case of multi-personality disorder throughout the film.

For example, a love-struck neighbor (Sohai Ali Abro) whose unconditional and over-the-top love for Sallu is evident in the first half of the movie, it seems that she lost her cattiness and quirk by the end that the audiences adored. Such was the case with Haya (Janita Asma) who is portrayed as a forgetful and irresponsible office assistant but is miraculously cured from her amnesia as soon as she her boss’ son Shehryar enters her life. The character of Shehryar is also played by Danish Taimoor which gave us a nostalgic moment or two from the time Shah Rukh Khan gave performance of his lifetime in Duplicate back in 1998.

There were also songs like “Selfiyaan” and “Jhannan Jhannan” that seemed out of place and forced, but managed to gain the liking of the audiences, mainly because of Sohai Abro and Tooba Siddiqui’s glamorized looks. But all in all, Wrong Number managed to make quite the business this Eid at the Pakistani box office.

SiddySays Final Verdict about Wrong No full movie review: An entertainer but quality-cinema enthusiasts will be disappointed. [2.5/5 stars]